A low-angle block plane is a great tool, and I often find myself reaching for it several times a day when I need to plane end grain, cross grain and miters. A block plane excels at trimming excess material from the pins and tails of through-dovetail joints; fine-tuning miters; perfecting the reveal on cabinet doors; cleaning up saw marks on the ends of tabletops, shelves and panels; and softening the edges of a board. 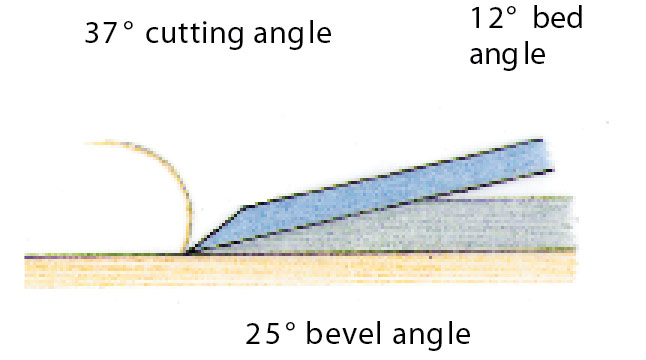 A low-angle block plane has a  12° bed angle and a 25° bevel angle, which makes the effective cutting angle 37°. That design works better on end grain and cross grain. 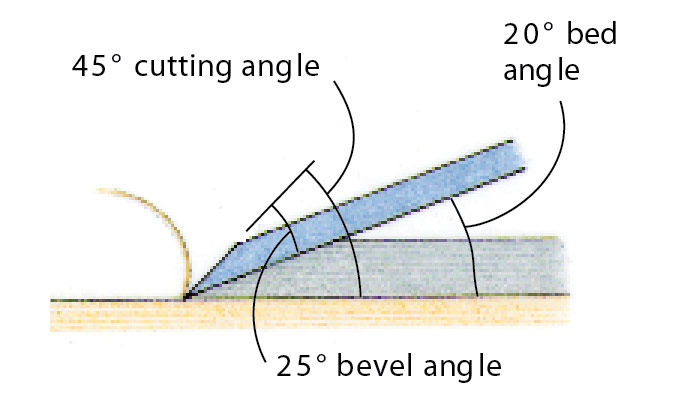 A standard angle block plane has a 20° bed angle and a 25° bevel angle, making
the effective cutting angle 45°, which is essentially the same as that of a bench plane.

Which block plane is best?

When it comes to block planes, you can buy a version that has a low cutting angle, or you can buy what I call a standard-angle plane. The low-angle block plane is a better choice for trimming end grain and cross grain, as when you true a miter joint or pare down a too-fat tenon.

For other tasks that require trimming with the grain, such as chamfers on a tabletop, the low-angle design generally works better on softwoods, and the standard version is suitable for hardwoods 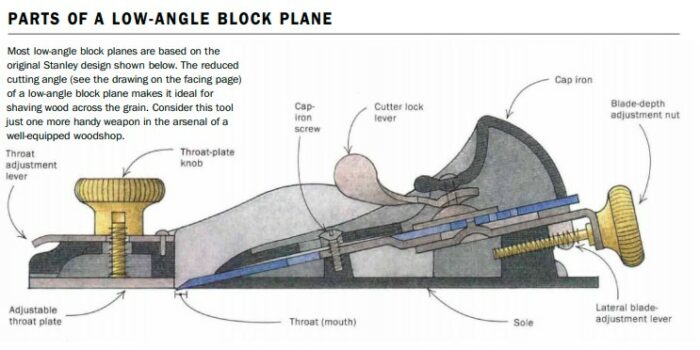