A lesson in referential measuring


In my Amana bench project, the bench’s angled splats each have a tenon that travels through an angled mortise in the seat to rest on the back of the bench’s rear legs. Despite the bench’s knockdown design, this triangulation provides a ton of strength, so much so that the inspirations for my bench have lasted nearly 200 years of regular use, including a trip from New York to Iowa near the middle of the 19th century. So, it’s worth getting this tenon, both its angle and length, dead on. Fortunately, it’s far from a lesson in complex geometry. Instead, all you need is a bevel gauge. 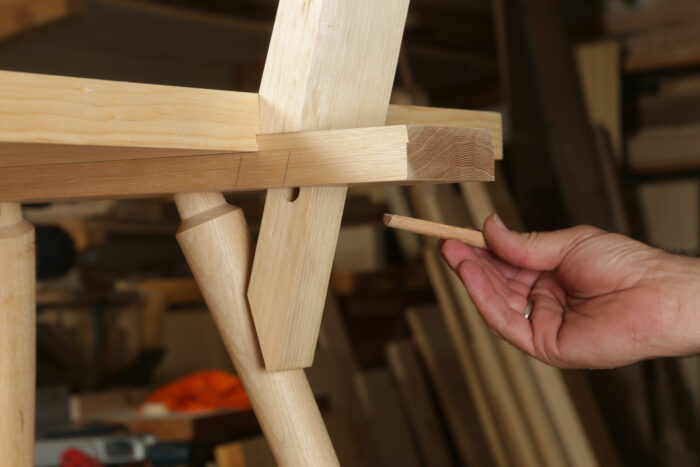 First, dry-assemble the splat in the angled mortise in the batten. Mark where the tenon meets the batten’s bottom face. You’ll use the line later, when marking the tenon’s length. 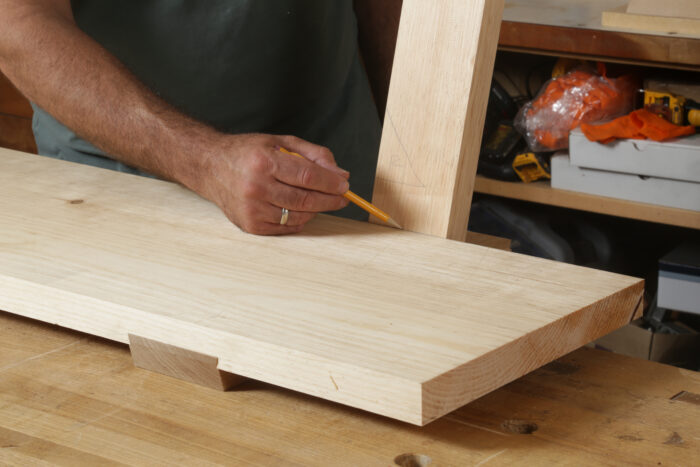 The next step is to determine the tenon’s length. Place a bevel gauge on the batten, pressing the blade to the angled notch, then while keeping the angle, slide the blade’s point down to the leg until it touches the leg. You’ll need to slide the bevel gauge left and right to find the spot where the blade first touches the leg. It’s not a problem if the blade extends a little too far, since that will just give you extra material to allow for fitting. 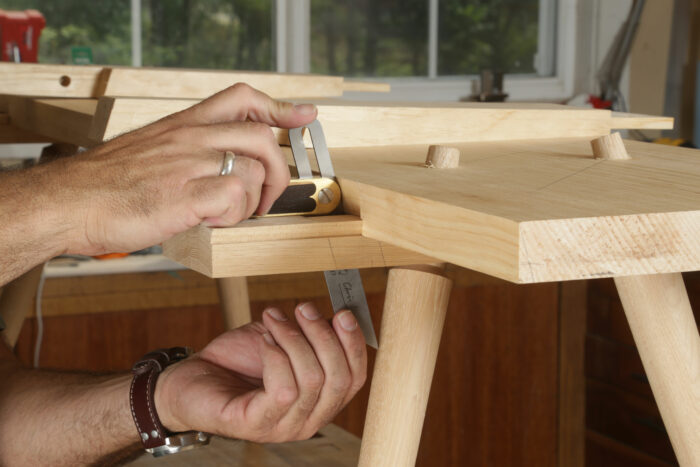 Once you have the blade touching the leg, make a mark on the side of the blade at the top of the seat to get the length. 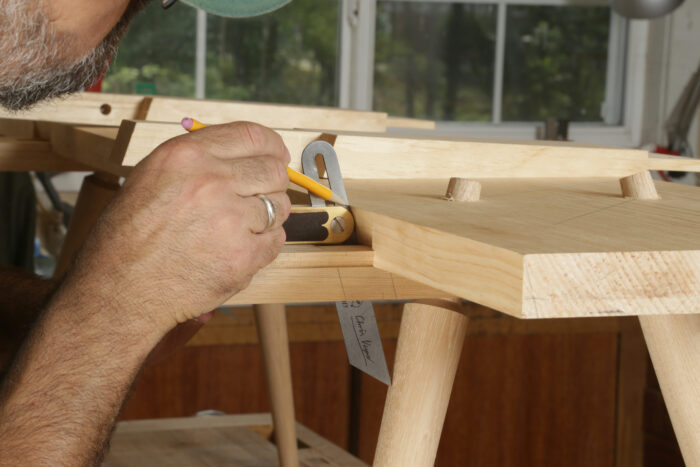 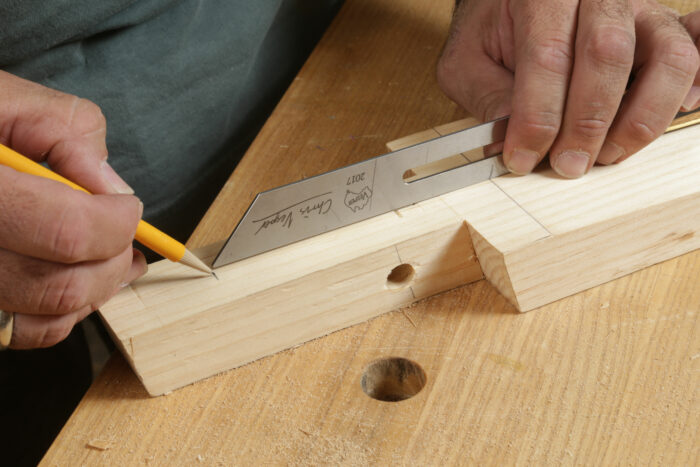 Now to determine the tenon’s angle. Press the bevel gauge tight to the leg at the back of the seat. While sighting low and directly down the bench’s length, move the gauge’s blade until it makes contact with the front surface of the mortise and notch. Lock it at this setting. 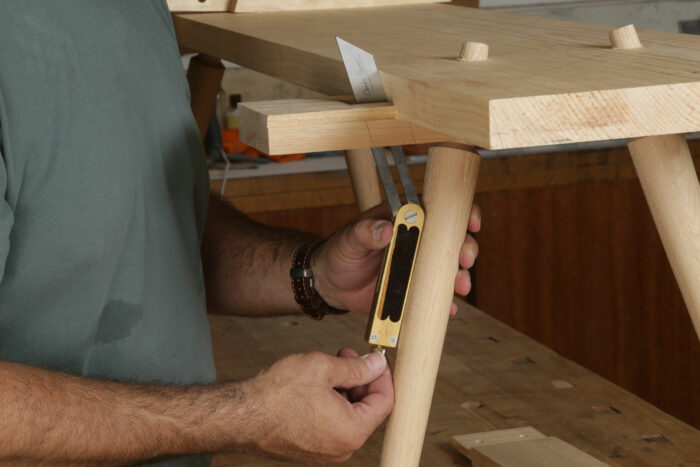 Make sure to keep the gauge plumb on the leg when setting the blade’s angle.

Transfer this angle at the end of the tenon with a pencil. 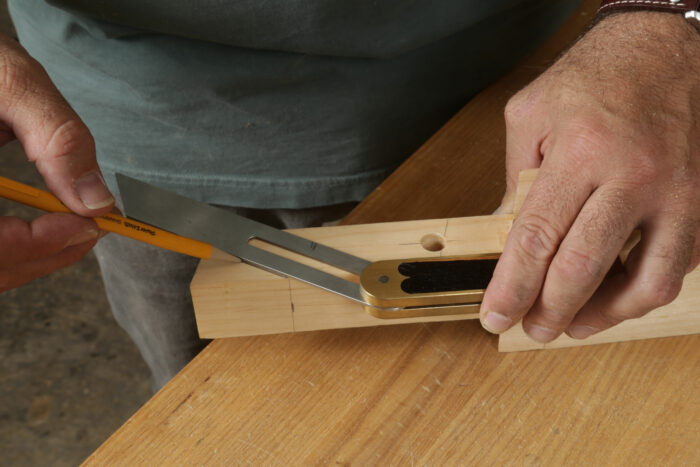 I cut the bevel on the bandsaw, then plane to the pencil line. 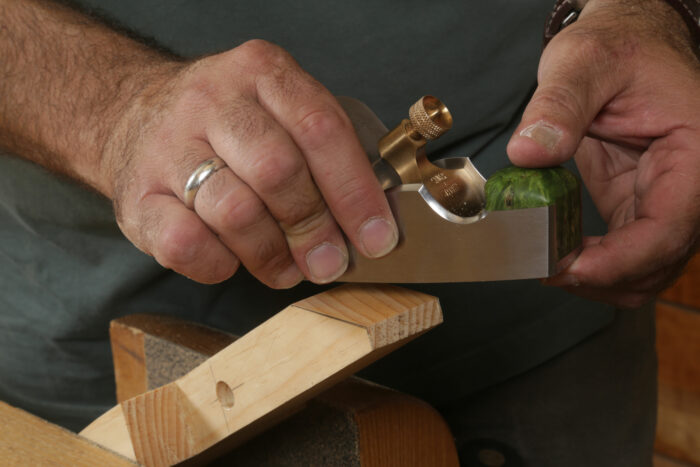 I like to test fit frequently until the bevel comes to rest at the back of the leg just as the splat bottoms out in the batten. I then dock the pointed end of the tenon at 90° to eliminate the sharp corner. I cut it so the flat ends up being about 3/8 in. wide.

Now repeat this process for the other splat. Don’t assume both are exactly the same. 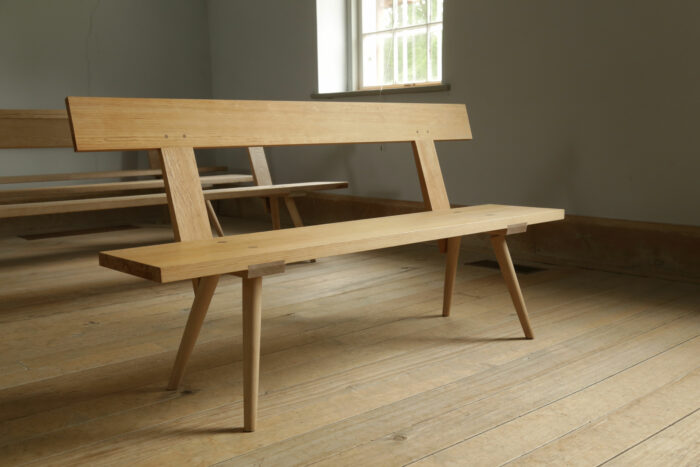 Which is better for remote work-a Mac or PC?